Launched in Japan in 1988 during the 16-bit era of gaming, the Sega Mega Drive was only a modest success and came behind Nintendo’s Super Famicom and NEC's PC Engine. However, it was much more popular in North America (where it was renamed the Sega Genesis) and Europe. This was partly due to its heavy advertising campaigns aimed at the youth market, but also because of a strong library of games conditioning of arcade ports and popular franchises like Sonic the Hedgehog.

When the Famicom was released outside of Japan as the Super Nintendo in 1991, it led a rivalry between fans of each console which was further fuelled by both companies aggressive marketing and somewhat differing target audiences. Nintendo’s console was aimed squarely at family audiences and while the Mega Drive had its fair share of games for kids, it also had many that appealed to older, more mature players as well. This often-got Sega into trouble however, as games such as Mortal Kombat and Night Trap were very controversial due to their violent content which eventually led to the creation of the Entertainment Software Rating Board (ESRB).

The Mega Drive had two add-ons. First was the Sega CD, an early attempt at bringing CD-ROM technology to gaming. There were some good titles for the system such as Sonic CD and the earlier mentioned Night Trap, but the majority were poorly received Full Motion Video games that were more like interactive movies with poor quality video sequences and because of this and its high price point it sold poorly. The second add on was the Sega 32X, which was designed to allow players who could not afford Sega’s then subsequent console the Saturn to play 32-bit games. Unfortunately, both third party developers and customers were far more interested in the Sega Saturn, leading to a very small library of games and the 32X also becoming a commercial flop.

The despite the failure of its add-ons, the Mega Drive still proved to be popular and had good sales well into the 32-bit era, selling 30.75 million units until it was eventually discontinued by Sega in 1997 (although a company called Majesco Entertainment bought the licence and continued selling the console in the US until 1999).

Today, the Mega Drive is still fondly remembered by retro gamers and is viewed as one of the all-time best consoles. If you are interested in playing some Mega Drive games after reading this, here is a list of the top five recommended games for the console in no particular order:

Tie in games as a rule tend not to be very good, but this platformer featuring Disney’s most famous character is certainly one of the exceptions. The gameplay strikes a balance between not being too difficult for children, but still having enough of a challenge for older players to have fun as well. The level designs are imaginative and the animation on Mickey looks very impressive for the time. The success of the game lead to a series of other excellent Disney licensed games such as the sequel World of Illusions and an adaptation of Aladdin. The only real issue is that with only five main stages, you’ll end up wishing the game was a bit longer after completing it.

A beat ‘em up in which you play as a comic book artist who ends up inside one of his own comics. While it can be infuriatingly difficult at times, this is one of the most fun and unique games on the system. This scenario is used well in the game’s design, with levels perfectly capturing the look and feel of a comic and gives the player the option to choose what panel to go to next which helps to add to the replay value. A shame there weren’t any follow up games.

This game about a pair of rapping aliens who from the planet Funkotron is very simple as its core. You make your way across the various maps looking for parts of Toejam and Earl’s crashed spaceship while fending off enemies by throwing tomatoes at them. However, thanks to a zany sense of humour, catchy soundtrack and sense of exploration make it one of the most unique and addictive games of the era. It’s even more of a blast in its multiplayer mode, as the title characters will often banter and make jokes that you don’t get in the single player experience.

The only game in the long running Castlevania franchise to be released on the Mega Drive, and one of the most underrated in the series. You play as either John Morris or Eric Lecarde, as they set out to stop Dracula’s niece Elizabeth Bartley from resurrecting him. Bloodlines continues the Castlevainia tradition of challenging but ultimately fun and rewarding gameplay but shakes things up a bit. Each character has different weapons and attacks and can take different paths across the stages from each other, which adds a lot of replay value. Also, rather than primarily taking place in and around Dracula’s castle as in the previous games, the setting is expanded to across parts of Europe. It’s also far more gory than other instalments in the series (at least in the US and Japanese versions, as the PAL release was unfortunately censored to replace the blood with water). Topping it off is an excellent soundtrack which suitably atmospheric and exciting.

Sonic 2 does what any good sequel should do, take what worked about the original and improve on it. Here there are more moves to perform and enemies to fight and the colourful graphics are better. There are less stages, but what ones are here are even more memorable and varied than before. The most notable addition is that of Sonic’s sidekick Tails. While some find the character useless and annoying, his inclusion allowed for the game to have a co-op mode that allows players to compete against each other to get a high score, which the original was sorely lacking. Most of all the gameplay is just as fast paced and fun as in the first game.

And on a final note, here is what is possibly the absolute worst game for the system:

The Mega Drive had many great sports titles, so you’d think a game featuring basketball legend Shaquille “Shaq” O'Neal would be a slam dunk (if you’ll forgive the pun).  Except some bright spark thought that, rather than the logical choice of making a basketball game with Shaq’s likeness plastered on it, it would be a much better idea to make a fighting game featuring him instead. Even putting the baffling and poorly thought-out concept aside, it’s a poor fighting game in general. Not only can you not perform any combos and special moves or play as any other character besides Shaq himself, both staples of the genre, but the controls barely work and hit detection is practically non-existent. Just about the only nice thing you can say about Shaq Fu is that the music is okay, but the developers still found a way to mess that up as it becomes repetitive very quickly. Avoid at all costs,

Popular posts from this blog 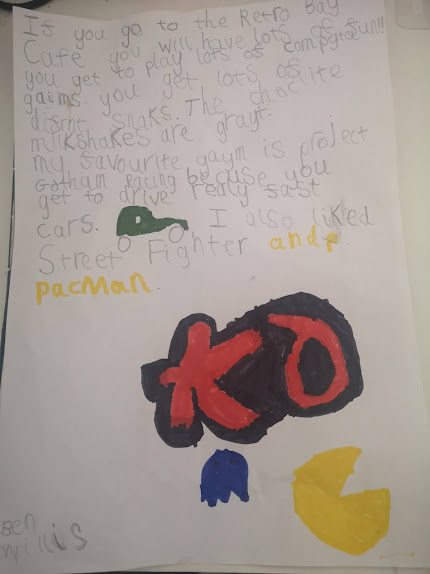